History of the Fredericton Anti-Poverty Organization 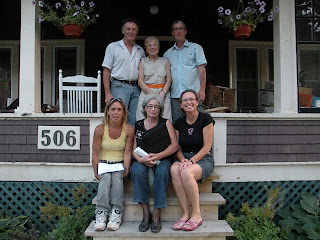 The Fredericton Anti-Poverty Organization (FAPO) was founded in March, 1983. The groundwork was laid over the winter of 1982-83 by the Fredericton North and York South NDP Campaign teams left over from the October 1982 Provincial Election. Together with 54 other low income individuals, FAPO was founded and a constitution was developed and incorporated.
In 1984 FAPO applied for and received a $5000 grant from the Provincial Government to study the feasibility of a household recycling system. In early 1985 FAPO incorporated the Furniture Distribution and Service Center with a grant of $60,000 from the Provincial Government. FAPO received three more $60,000 grants from the Hatfield government for the development of the recycling system between 1985 and 1987.
The recycling system expanded rapidly. There was a virtual mountain of useful products in the community just waiting to be recycled. The system began in the basement of our ground floor office at 627 King Street in an old house next to the current site of the Lunar Rogue Pub. It quickly became too small for the amount of donations available even though all products were given away for free. This problem of space constricts the development of the system to this day.
With little actual advertising, but rather a large activist community profile, the donation process took off. People brought their items in for us to recycle to the poor. It was a way of giving that didn't involve money, and much of it was of excellent quality.
In 1986 FAPO rented a small store front and basement property located at 207 Canada Street, in order to better store, display and distribute the product on both sides of the river. The store also helped to offset operating costs that had exceeded the grant. In 1987 a larger store and a full basement became available at the same 207 Canada Street complex and FAPO took over the larger space. The organization now had facilities on both sides of the river. The south side office and donation center at 627 King Street and the facility at 207 Canada Street.
Most donations were dropped off, but FAPO established a pickup service in 1986 using a half-ton truck and in 1989 a cube van as well.|With the election of Frank McKenna in 1987, FAPOs grant was cut to $50,000. However, the recycling system had taken on a life of its own as the word “Anti-poverty” spread. By 1989 the phone was ringing constantly, two trucks were on the road and tons of items were being given away at the King Street facility and both sold and given away at the northside location. (Eg. Two cube van loads of clothes went from the south side to the north side each week.) Here the clothes were sorted and given away while other products were for sale at prices far less expensive than anywhere else, in order to offset our costs.
In 1988 FAPO was forced to move its south side facility from 627 King Street, which was being demolished, to a large old house at 124 King Street. This move enabled the system to expand on the south side of the city.
In 1991 FAPO expanded on the north side of Fredericton by closing 207 Canada Street and purchasing a much larger facility at 242 Gibson Street.
The recycling and distribution system was the responsibility of a non voting coordinator answering to the executive. Nancy MacFarland, a co-founder and NDP candidate in Fredericton North in the 1982 Provincial election, was chairperson of FAPO from 1983-1985, Charles McFarlane from 1985-1988, Dan Weston from 1989-1992, and Elaine Perkins from 1992-1999.
During this period ('92-'99) FAPO faced two major difficulties beginning when three major fires hit FAPO’s facilities in a rash of arson that hit the city, 22 fires in all, the first of which destroyed our south side building in 1993 and all records of the organization.
FAPO rented another facility across the road but in the spring of 1994 the cube van was destroyed by fire and in the summer the facility FAPO owned on the north side was 50% destroyed by the same arsonist. The second stroke was the 1995 spring budget when FAPO’s grant was slashed.
In June 1999 the Chairperson decided to give up her position and move out of province and FAPO re-organized. That summer several former and founding members from the 1980s assumed control of the organization.  Sara Miller was elected Chair. She stayed for six months, leaving for a job as a policy analyst with the provincial government. She was succeeded by Tasha Barnett who was chair from 2000 to 2005. Since 2005, the organization has been chaired by Miriam McNeil.
The current (2010-2011) Board of Directors of the Fredericton Anti-Poverty Organization are:
Chairperson: Miriam McNeil
Treasurer: Peter Keith
Secretary: Melynda Jarratt
Member at large: Hollie Matthews
Member at large: Brenda Braun

Popular posts from this blog

The donation from O'Leary Buick GMC in Fredericton comes nearly six weeks after FAPO lost its only vehicle in a traffic accident. No one was hurt in the July 3rd collision, but the organization's 1998 half ton was a complete "write off", said Weston, who co-founded the organization in 1983.

"The accident really put us in a bad spot," says Weston. "The insurance wasn't enough to buy a new vehicle and we couldn't afford to rent one either."

January 18, 2011
The Yard Sale Store is FAPO's headquarters and flagship store located at 242 Gibson Street.  Everyone is welcome to come to The Yard Sale Store, rich and poor alike, we don't discriminate against our clients on teh basis of source of income because everyone likes to find treasure in someone else's give-aways.
You can find just about anything at The Yard Sale Store including :
Appliances such as stoves and fridgesMattresses and bedding Furniture such as end tables, bureaus, chairs and desks Electronics such as televisions, radios, VCRs (yes VCRs!), DVD players and stereosDishes, utensils, kitchen appliances such as coffee makers, blenders, etc.Clothing and shoesCurtains Thousands of knick-knacksAnd everything else
Read more

MAILING ADDRESS: Fredericton Anti-Poverty Organization 242 Gibson Street Fredericton, New Brunswick E3B 1J1 Canada Telephone: 506-458-9102 You can leave a message on our voice mail and we will return your call.